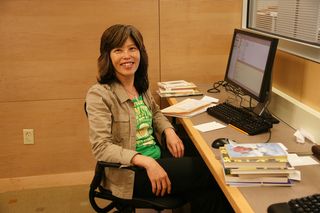 On behalf of Professor Sarah Aponte and the rest of the staff at the Dominican Library, we would like to publicly express our most profound gratitude to Professor Chao, Head of Cataloguing at Baruch College, for her outstanding cataloging work at DSI. In 2011, Professor Janey Chao began to work in the cataloguing area of our library as a consultant. Ever since, our ability to present bibliographical material that was previously unknown to researchers and the general public in the United States and the rest of the world has been solidified. In fact, the works of several published authors from the Dominican Republic and other countries are now available in the WorldCat database. Undoubtedly this new feat has been possible due to Professor Janey Chao’s work and professional expertise. Additionally, she has spent twice as much time beyond her paid hours to help out CUNY DSI with the original cataloging project. We thank her for going out of her way to volunteer to help out improve our services.

CUNY DSI goes to great lengths to make bibliographical material on the Dominican Republic and Dominicans in the United States available to the general public. In 2011, CUNY DSI took a giant step by welcoming on board Prof. Janey Chao who has been a key component of the “Original Cataloging Project at CUNY DSI Library”. A project overseen by Prof. Sarah Aponte, this represents a unique contribution to the dissemination of Dominican historiography, literature and culture in the English-speaking world.  Prof. Aponte—with the support of City College’s Chief Librarian Pamela Gillespie - in  collaboration with both Prof. Chao and Ms. Yoko Inagi (Head of Cataloging at City College) was able to convince CUNY Central to aid CUNY DSI with original cataloguing, a highly expensive task that is in many cases, out of the reach of CUNY DSI. With more than two decades of experience working in the library science field, Prof. Chao’s work at DSI has strengthened the library’s ability to offer first rate scholarship to students, researchers and the public at large.

Our library collection has experienced a considerable growth due to two important factors. First, there is more bibliographical material written in several languages on Dominican studies and the Dominican experience in the US than ever before. Second, our library receives –on an ongoing basis— donations of new, old and rare bibliographical material too expensive for us to acquire from both public and private libraries as well as individuals in the US and abroad. Once publications arrive, our staff sorts out what needs to be incorporated into the World Catalogue or WorldCat (the world’s largest library catalogue). The cataloguing process, which might seem easy at glance, involves tenuous and difficult work especially when publications arrive without an ISBN number (International Standard Book Number). Among these publications are old, rare and out of print books from the 1800s, early 20th century as well as newer publications from the Dominican Republic –and in some cases, other countries—which have not been assigned an ISBN number due to a lack of a functional and modern library system alongside standardized publishing practices. Once again, we acknowledge Professor Janey Chao’s work and dedication to our library, researchers, students as well as the Dominican and Latino community in the United States.

More on the DSI Online Catalogue

There are two online catalogs that provide access to the bibliographical collection at the Dominican Library (CUNY DSI): CUNY+ provides access to our holdings as well as circulating material from the libraries at the City University of New York. Additionally, the DSI Online Database, our old catalogue (which is now in the process of being converted to a more user friendly platform) provides access to academic journals, journal and newspaper articles, out of print journals, books and audiovisual materials. 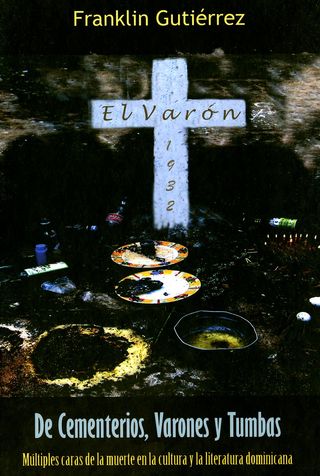 Posted at 10:34 AM in Book Acquisitions, Generous Donors | Permalink | Comments (0)