Song of the Taino 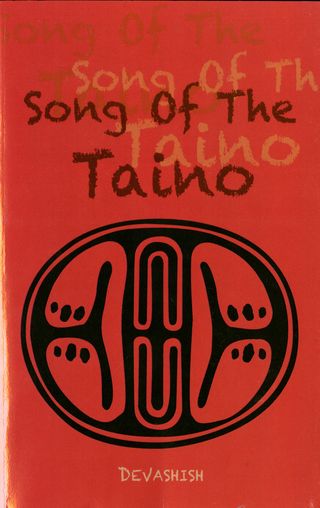 Prof. Sarah Aponte would like to thank Devashish Donald Acosta for donating his book Song of the Taino to our library.

This historical novel recreates the epic meeting between two disparate civilizations in the islands of Quisqueya and Borikén named by the indigenous people.* This region was the home to the Taíno people, a subgroup of the tranquil Arawak people who inhabited the Greater Antilles and whose buoyant society led Christopher Columbus to believe he had reached an earthly paradise.  However, this culture and language that had been around for centuries was obliterated by a number of factors among which were European diseases, enslavement of the Taíno Indians, and forced acculturation. The novel portrays Spain’s lust for gold and its hegemonic control of the Americas, which contributed to the devastation and displacement of entire indigenous populations. Whose legacy still remains present in Dominican culture and the rest of the Caribbean.

Song of the Taino is an important resource for researchers, students and readers who are interested in the history of Taino culture and people, Spanish colonization, cultural studies, anthropology, and historical fiction novels that takes place in the Caribbean.

*All the indigenous names for the islands have different meanings. For example, in the Taíno native tongues Haiti means "Country of High Mountain."Quisqueya: means "Fruitful, Prosperous & Rich Land. Boriken or Borinquen means: "the great land of the valiant and noble Lord" or "land of the great lords".