Prof. Sarah Aponte would like to thank Adam Taub for his visit and for donating the albums Vocales de Amor by Joan Soriano, Bachata Roja: Amor y amargue and the documentary El duque de la bachata 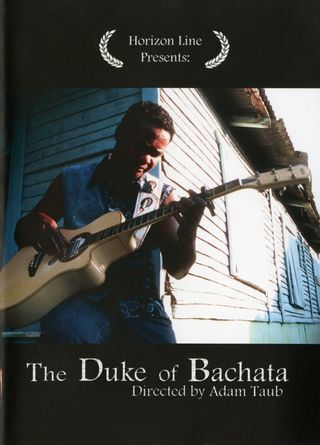 The Duke of Bachata (Horizon Line, 2009) is a documentary by Adam Taub that follows Joan “El duque de la bachata” Soriano on his quest to become a superstar. Taub travels with Soriano to different venues where Soriano plays with his family band, to his parents’ countryside home at La Luisa de Monte Plata and to the Unites States. Taub gives us a look into Soriano’s life in Dominican Republic as well as the life of his parents and closest family and friends. With this comes a look at the many challenges musicians face on their road to stardom. In various scenes Soriano questions why he has not found the success and even expresses his need for money since it is one of the only things that he does not have. As the documentary progresses we see that there is hope for Soriano. We see him at a studio recording singles, even coming to the United States of America to play in the Bachata Roja tour, organized by his producer Benjamin de Menil from iASO Records. Soriano’s success is almost ensured but as he recognizes “in music you can’t despair. God can’t please everyone at the same time.” He feels his time is coming; it is just a question of when. Soriano is patient, thankful and continues to work on his music since it is the only thing he keeps coming back to. Joan Soriano’s story is one that others can relate to since it speaks to the underdog. Here is a man that has not given up, he keeps fighting with the hope that his time will come. 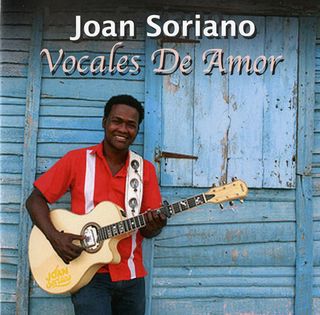 The other half of the donation includes the bachata albums Bachata Roja: Amor y Amargue, which will be getting its own blog post featuring more information about iASO Records and their mission so please stay tuned, and Vocales de amor (1998) by Joan Soriano it incorporates contrasting musical elements where the miscegenation of African and European culture is evident. The album’s first track – incidentally shares the same name as the album – sets the tone for a musical production that features quintessential bachatas that identify the mid to late nineties bachata and bachatarengue styles popularized by bachata legends Teodoro Reyes, Luis Vargas, El Chaval, and Joe Veras, among other bachateros. Vocales de amor literally translates to vocals of love or love vocals. Soriano’s singing is reminiscent of Reyes and Luis Segura, two pioneers who emerged decades prior, and who still perform. Like Reyes and Segura, Soriano sings about bitterness caused by heartache. His nasal passionate voice and picaresque guitar mesh with his lyrics to connect with the audience via his amargue (bitterness). “Sin tu amor no soy feliz” (Without Your Love I am Not Happy), “No podemos continuar” (We Cannot Continue), and “¿Que pasará mañana?” (What Will Happen Tomorrow?) are bachatas that epitomize this amargue. Soriano demonstrates his virtuosity as lead and rhythm guitarist. Other musicians to record for this album include Julian Lacheco y El Guaro on bass guitar; Robert Feliz Mario and David Paredes on guira; El Rubio and David Paredes on bongos; and Roberto Feliz, July Amparo Soriano, Morena Castillo, and Joan Soriano round off the chorus. Once again, thanks to Adam Taub for donating The Duke of Bachata and the album Vocales de Amor, both should be of interest for those researching Joan Soriano, Dominican music, culture or history.