Silvano Lora: His legacy lives on 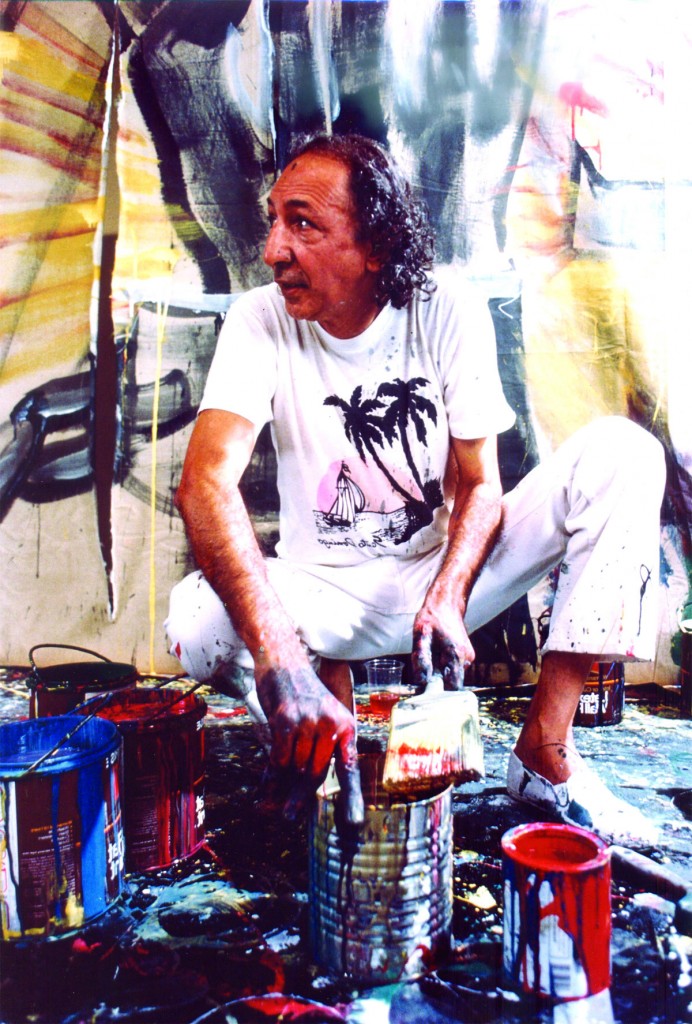 This year marks the 10th anniversary of the death of Silvano Lora (1931-2003) who left behind an immense and exquisite body of work that is still as relevant as ever before. Ten years later, the legacy of this non-conformist artist and social activist is being celebrated and re-assessed in the media, art venues as well as academic institutions by intellectuals, artists, friends and relatives marked by his unique, interdisciplinary artistic vision and towering personality. 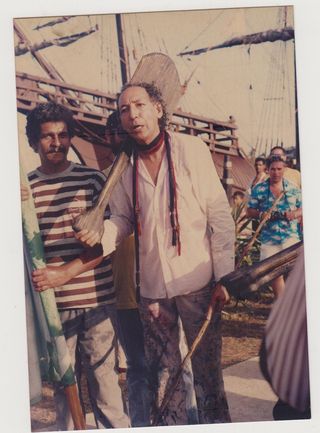 In June, for example, the Autonomous University of Santo Domingo and the Association of Constitutionalist Combatants [of the 1965 revolution and civil war] held a ceremony to pay tribute to both Silvano Lora and Jacques Viau Renaud, the Dominican-Haitian poet and educator and one of the martyrs of the armed conflict. Another tribute and re-assessment of Silvano’s legacy was his first posthumous individual show (on display from July 25-September 10, 2013) at the Galería Nacional de Bellas Artes [Bellas Artes National Gallery] in Santo Domingo, the capital of the Dominican Republic. The show won praise not only from art critics but the general public. 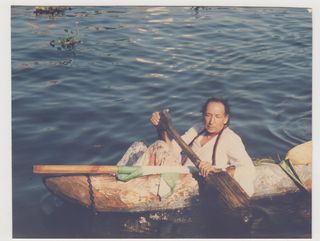 Sivano Lora: un arte combatiente [Sivano Lora: A Combatant Art] encapsulated the artist’s approach to art and life by showcasing a series of paintings, collages, assemblages and even texts penned by others who knew him. Among the items on display was a raft canoe built in collaboration with the craft artist Pachito. In 1992, on the eve of the official celebration of the 500th anniversary of the conquest of the Americas—known with the anachronism of “discovery”— both artists sailed the Ozama river to bring attention to the plight of indigenous people not only in Dominican Republic but also throughout Latin America. This retrospective was organized by the Taller Público Silvano Lora [Silvano Lora Public Workshop] in conjunction with the Bellas Artes National Gallery under the direction of art critic Marianne de Tolentino.

In Santiago, the second largest city, Centro León organized a panel on Silvano Lora which included among other panelists, his daughter, the historian Quisqueya Lora Hugi, Marianne de Tolentino, and the art critic and author Danilo de los Santos.

An aesthetic of rebellion

Trained in the school of Western classical painting, Silvano Lora eschewed academicism, idealism and tradition, embarking in what later became an ongoing artistic search for experimentation that lasted a lifetime. And while his art took cues from the latest trends within the international avant-garde, he was able to develop a true aesthetic of rebellion. In fact, his art was not only grounded in theory but in concrete reality. This was personified in the concrete reality of the barrios in the post-dictatorial era; overcrowded urban spaces that lacked both basic services and political freedoms. The Trujillo dictatorship (1930-1961) has left the country in shambles as many political exiles like Silvano Lora could attest. (He was exiled in Paris, France for a while. There he took part in the Algerian anti-colonial struggle). In the early 60s, Silvano Lora was instrumental in bridging the gap between art and politics in a time when students, intellectuals and ordinary people pushed forward for more democratic reforms and freedoms. Like his peers, Silvano took part in poetry recitals, self-publishing and collective art-making as well as exhibitions that brought art to the masses: First, as a member of the Arte y Liberación [Art and Liberation] group, and second, as one of the leading members of the short-lived but far-reaching cultural action committee known as Frente Cultural Constitucionalista [Constitutionalist Cultural Front]. 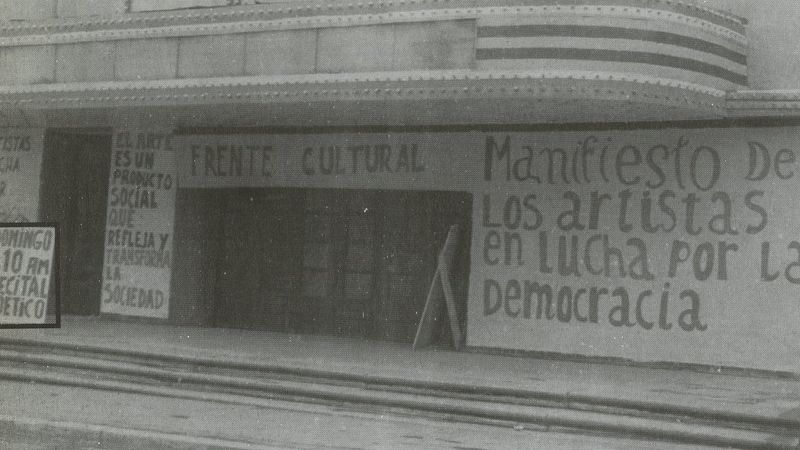 During the 1965 popular uprising that opposed the 1963 coup, the Frente Cultural made posters, organized art exhibits and published a collection of poems entitled Pueblo, sangre y canto [literal translation: People, Blood and Song]in which poets expressed their unconditional support to the revolutionary cause. A statement signed collectively by Frente Cultural in support of the ideals and goals of the revolt first saw the light of the day in the first edition of that book. According to Juan José Ayuso, a poet, historian and former Frente Cultural member, “the book appeared in September of 1965”. In 1985, a second edition published by Autonomous University of Santo Domingo was released to commemorate the 20th anniversary of the revolution. 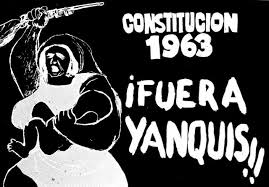 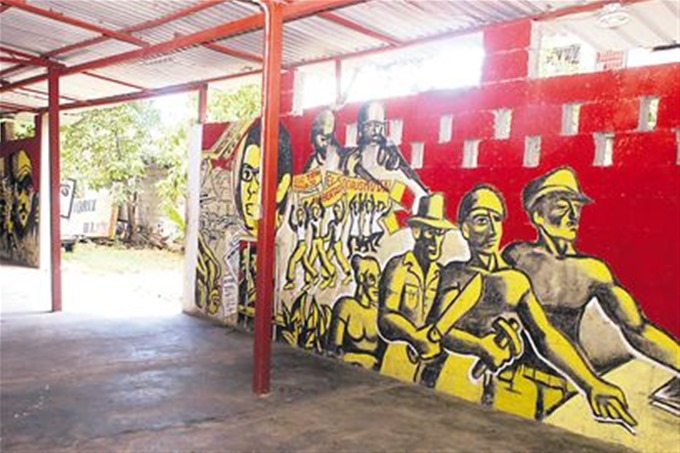 A mural by Silvano Lora at UASD university

After the revolution, a twelve-year semi-dictatorial regime imposed terror in the streets. Combatants and unionist were murdered. Others like Silvano Lora were forced to go into exile. But he never became disengaged from his place of birth, denouncing the state terror facing Santo Domingo whenever he went. At the same time, Silvano continued to produce art in places like Panama where he gave talks to artists and young people and collaborated with plastic artists to create participatory art spaces such as murals. 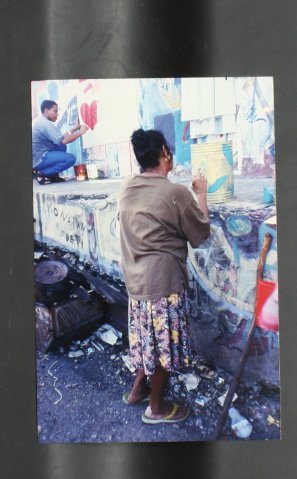 Upon his return, Silvano continued his social art practice. Some of his long lasting contributions are a film festival, a rural museum in Baoruco province as well as the Bienal Marginal in Santa Bárbara—a working-class neighborhood located in the Colonial City of Santo Domingo— which showcased work produced by ordinary people, among others. 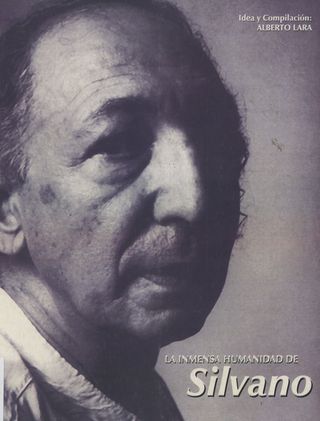 The artist, writer, filmmaker, revolutionary combatant, activist and father remained committed to social change until the end. What was truly admirable was that at no point in his prolific career, his art was driven by the dehumanizing desire to accumulate lucre but instead, it was driven by a collective desire to change the status quo. Ten years later, his work remains vital.  Never a pessimist, Silvano Lora was— in the words of his friend Marianne de Tolentino — “an untamed artistic rebel who never believed in lost causes”.