Chief Librarian Sarah Aponte would like to thank Prof. Ginetta E. B. Candelario and her amazing class for coming and spending time with us learning about the resources and individual archival collections. The class also got a taste of the history and work that we do at the CUNY Dominican Studies Institute. In addition, Prof. Anthony Stevens- Acevedo spoke to them about his work developing the Juan Rodriguez monograph and the online Spanish Paleography Tool Project this year(Click here to see the project).

In addition, they enjoyed the exhibit Conditon: My Place Our Longing (Click here for interiew) by two Dominican artists Julianny Ariza and Leslie Jiménez.

We were very fortunate to receive a surprising donation from a young upcoming author Yolandi E. Cruz Guerrero a student in Prof. Candelario’s class called Sociology of Hispanic Caribbean Communities in the United States. She donated her latest book of poems, Palo (2013) and The Leaf Umbrella which was published in 2012. Her books will be added to the growing collection of Dominican poets that we have at the library and will be made available to students, researchers, professors and the community at large. 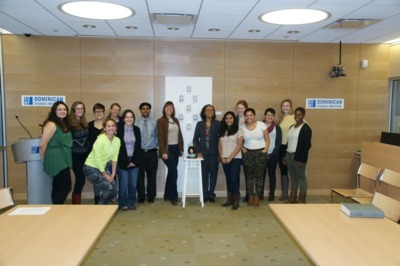 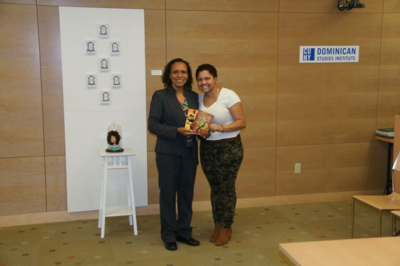 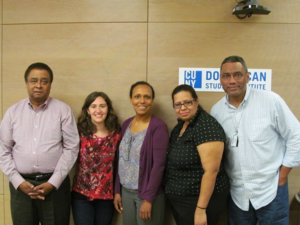 Photographs capture the Japanese migrant’s presence in the Dominican Republic 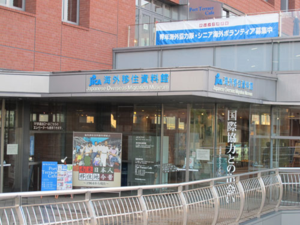 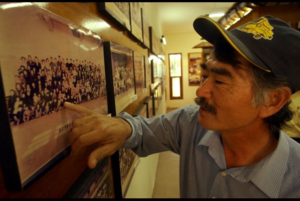 Recently, Prof. Mika Miyoshi of the University of Tokyo shared with us an interesting database with photographs of Japanese migrant’s in countries like Brazil, Bolivia, Argentina, Paraguay, and the Dominican Republic.The database was created by Japanese Overseas Migration Museum in Yokohama, Japan. The museum displays the history of Japanese emigration and the current status of immigrants and Japanese descendants living abroad. The database is divided into five periods and shown using chronological tables, literatures, photographs, and movies.In the database the photographs are organized in the digital migration space.The photographs are from the late 1950s and probably a good portion was taken in the early years of Japanese arrival and settlement in the Dominican Republic.The initial Japanese migrants that came were settled in Constanza, a town in La Vega, Dominican Republic. Many of their descendants still live in that town, but the Japanese settlement never grew to a very large scale. This online resource also reflects on the agricultural contributions and hardships of Japanese migrants in countries where they help bolster the area’s economy.

Caribbean Poetics: significant contribution to the study of Caribbean literature

Chief Librarian Sarah Aponte would like to thank Prof. Silvio Torres-Saillant for donating the second edition of his book Caribbean Poetics: Towards an Aesthetic of West Indian Literature to our library. As founding Director of the CUNY Dominican Studies Institute, Prof. Torres-Saillant was instrumental in the creation and development of the Dominican Library at City College.

Below please find a brief description of this new edition: 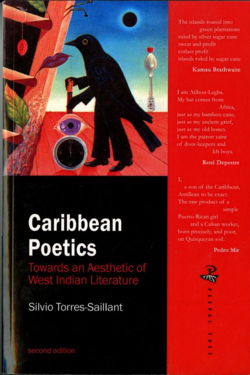 This book is the outcome of Torres-Saillant's dissertation published almost fifteen years ago by Cambridge University Press (1997). Caribbean Poetics is published again for a new generation of Caribbean literary scholars and readers. The main premise of this text is that Caribbean literature has its autonomy in the world of literature within its given historical experience and cultural region. Torres-Saillant demonstrates this regional unification and lucid socio-aesthetic literature through the works of some of its key and most influential figures: Pedro Mir (1913-2000) from the Dominican Republic, Kamau Brathwaite (1930) from Barbados, and René Depestre (1926) from Haiti. Poets and scholars who sought to interpret best Caribbean society and its place in the world. Among some of the political events that influenced their work were the anti-colonialist struggles in Africa and the Caribbean as well as revolutionary politics and the Cold War. They shared some commonalities as well. For example, Pedro Mir and René Despestre were political exiled who both lived in Cuba for a while.The role of gender in Caribbean literature puts Torres-Saillant's inquisitive mind to work. Evidently, women are not exempted from their male counterparts, and he notes their contributions to the production of Caribbean literature providing an in-depth understanding of the distinctive themes and paradigms that women discuss in their texts. The literary works of Caribbean women communicate themes like the legacy of patriarchal structures and the social conditions of women associated with marginalization. Saillant argues how underrepresented Caribbean women writers were in the general context of world literature, and his work seeks to alter the marginalization of those artistic writers from the region.

This 2nd edition of Caribbean Poetics retains the political and theoretical drive of the original edition published in 1997. Saillant expressed that altering what he wrote would result in writing a completely different book and for it to be an accurate 2nd edition it could not undermine the vision and enthusiasm of the younger scholar who conceived and executed it. He does mention trends in Caribbean literature that emerged since 1997 in the afterword. He goes into facets of how the diaspora ascendancy in the Caribbean literary canon became a factor in the Caribbean experience and continued to shape the relationship of the Caribbean people. An intriguing fact about this edition is his revision of language; he removes the words "islands" and "archipelago" because the essential characteristics of languages, populations, and large chunks of the human experience of the region are excluded.

This book is highly recommended to students, researchers, professors, and anyone who is interested in a comprehensive and multicultural approach to the study of Caribbean poetry, aesthetics, colonialism, Caribbean societies. Readers are strongly encouraged to consult the bibliography it contains.

Posted at 10:43 AM in Book Acquisitions, Resources | Permalink | Comments (0)