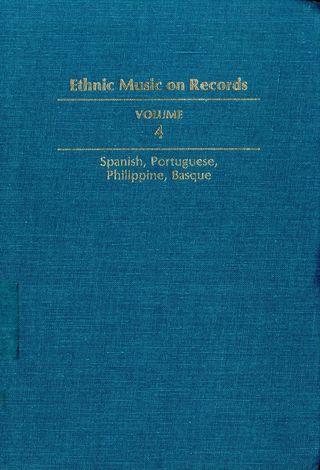 Recently, my colleague Jhensen Ortiz informed me of an old encyclopedia volume available for purchase online entitled Ethnic Music on Records Volume 4: Spanish, Portuguese, Philippine, Basque. It is a catalog of all known ethnic music recordings produced in the United States from 1893-1942 and there are a significant number of recordings made by Dominican musicians found listed within this volume such as Eduardo Brito and Rafael Petitón Guzmán (whose collection is housed here within the Dominican Archives). I felt compelled to purchase and donate it to the Dominican Studies Institute, so that Jhensen, myself, and other scholars of Dominican music could have access to this vital information. I also welcome scholars of other Latin American ethnic musics to investigate this volume as there are entries of musicians from Brazil, Colombia, Mexico, Puerto Rico, and elsewhere.

When the book finally arrived at my door, I opened the cover to the first page only to find this book had actually been given as a gift by country music star Dwight Yoakam to the Houston Public Library in memory of a well-respected music critic, Bob Claypool, who had recently passed away. However; the Houston Public Library stamped DISCARD in big letters on the book and it wound up in private hands. 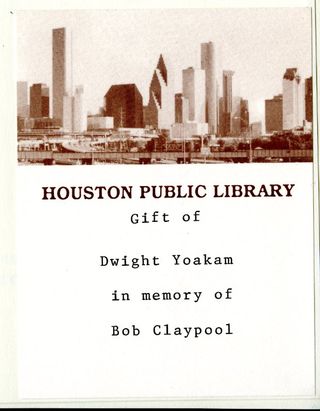 Fortunately, we discovered it because it provides us more proof that there was a Dominican presence on the American music scene as early as 1928. Each entry lists the artist, country of origin, the songs with genre descriptions, record company catalog numbers, and the date and location of each recording. 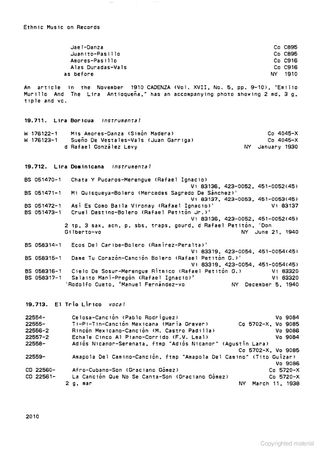