LAMP (Latin American Materials Project)/Center for Research Libraries (CRL) has microfilmed a collection of Listín USA issues for the period of April 1992 - September 1992. There are some missing issues from June 24-30, 1992. 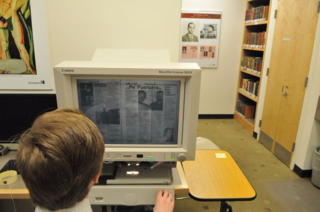 Listín USA was the leading weekly newspaper covering the daily life of Dominicans in New York City in the early 1990s, a key period in the development of Dominican communities in the city. The newspaper highlights the growth, challenges, tensions, contributions and accomplishments of one of the largest immigrant groups in the North Eastern U.S. 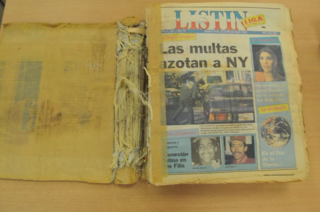 This microfilm project has preserved some important issues of Listín USA, allowing students, researchers, and the general public to explore events like the elections of the first Dominicans to the New York City Council and the New York State Assembly; the activities of businesses, community associations and cultural institutions led by Dominicans; the mobilization of Dominican public school parents, as well as the 1992 Washington Heights riots.
LAMP’s microfilming project to preserve these issues of Listín USA used the collection housed at the CUNY Dominican Studies Institute Library donated by Dominican journalist José Alduey Sierra. Prof. Sarah Aponte, Chief Librarian at CUNY DSI, proposed the project at the 2015 Annual Conference of SALALM (Seminar on the Acquisition of Latin American Library Materials) and worked closely with Judy Alspach, Area Studies Program Manager at CRL in bringing the initiative to completion. Prof. Aponte wants to acknowledge Program Manager Alspach for her assistance and communication during the process.

We invite you to peruse through these issues of Listín USA to study an important part of the history of New York City’s vibrant Dominican community.

Professor Edward Paulino donates his latest publication to the Library 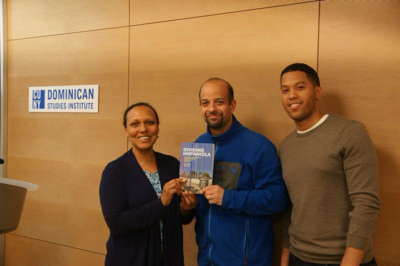 This book focuses on the campaign against Haiti through the “Dominicanization” of the Dominican border including a least-remembered act of genocide in 1937 ordered by the Dominican dictator Rafael L. Trujillo – a mass murder that saw an estimated 15,000 Haitian men, women, and children slaughtered. Furthermore, he analyses the massacre and the ensuing ideological assault on the Dominican border manifesting into an ideology known as anti-Haitianism. He explains the roots of Anti-Haitianism that take form in the nineteenth century and how systemically it has been used as a tool of exclusion for today’s largest ethnic and racial minority, Haitians and their descendants, struggling to be included into the state as complete cultural political Dominican citizens. Paulino also reassess the narrative of Dominicans self-hatred, negrophobia, and anti-Haitianism by acknowledging the historical legacy of cooperation and collaboration on the border and how the border markets played an important part in the development of the economy on the island since colonial times and continue to be a valuable economic destination.

This book is recommended for students, scholars, and the public at large interested in understanding the history of Dominican Republic’s border campaign against Haiti and the problematics that exist with narratives emphasizing Dominican attitudes of animosity towards Haitians rather than attitudes of admiration and solidarity with Haiti on the border.