Commemorating the historical significance of the 1965 Revolution

Below please find our pick of bibliographical references available to the general public at our library about the 1965 Revolution in the Dominican Republic. The selected list has been compiled in honor of those who fought and lost their lives fifty-one years ago on April 28, 1965 in the capital city of Santo Domingo against the American troops that invaded ,and interrupted a pivotal moment in the country's history. 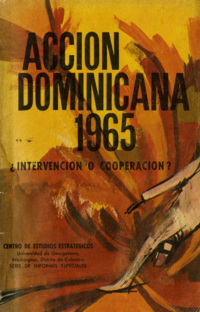 This source is a foreign policy report that provides insight into the minds of foreign policy experts and analysts inside and outside of the Capital Beltway in Washington D.C. who were trying to make sense of the crisis unfolding in Santo Domingo. 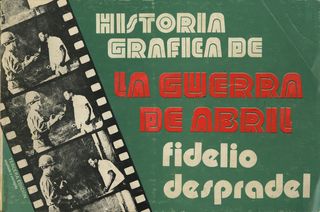 This seminal book is an important reference on the 1965 Revolution, and the subsequent U.S. military intervention that took place in the Dominican Republic

Fidelio Despradel, a theorist and leading member of the 14th of June Movement (1J4), and renegade son of a prominent government official during the Trujillo dictatorship, compiled a valuable visual resource that sheds light onto the events that led to the military coup that overthrew Bosch’s government, and the counter-coup that aimed to bring him back to power.

Also, the book highlights the various political groups that came together during the four months such as the composition of the Comandos Populares (civilian military units), the role of artists and intellectuals, women, Haitian immigrants, exiles, and foreigners who participated in the struggle against the U.S military troops and their local allies. 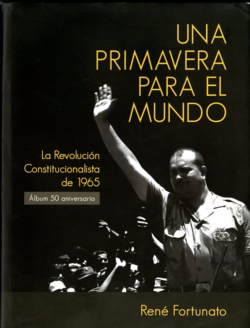 To commemorate the 50th anniversary of the 1965 Revolution, acclaimed Dominican film director René Fortunato published a collection of 650 unedited photographs. The book includes a chronology of national and international news coverage of daily events from April 24 to September 3, 1965. 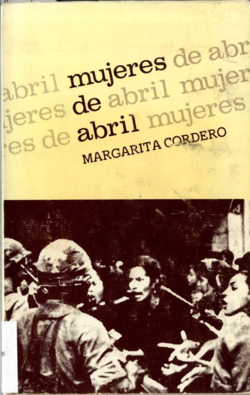 This book is a collection of testimonies from women who fought in the 1965 Revolution. In these interviews, Margarita Cordero, a renowned journalist, focuses on the daily lives of some of the women who participated in the revolution, and highlights their concrete experience amidst of war, their training in combat at Academia Militar 24 de Abril, As well as how women’s presence and involvement diversified the social discourse of the time and the history of the revolution. (Available online here) 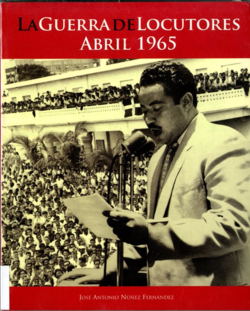 The book is an examination of the lives and experiences of radio commentators who were in favor of safeguarding the constitution of the Dominican Republic that recognized only democratically elected governments. These radio commentators waged a campaign against the 1965 U.S. occupation based on the unconstitutionality of the intervention. Furthermore, this book highlights the much larger collective role of many individuals in Dominican society who used whatever means at their disposal to fight against the U.S. occupation.

To have access to the broad and rich collection of resources related to the 1965 Revolution in the Dominican Republic, please visit The CUNY Dominican Studies Institute’s library.