The CUNY DSI Library is proud to announce its recent acquisitions. We are grateful for the support and generosity of The City College Libraries. We look forward to making these titles available to students, researchers, and the general public very soon. 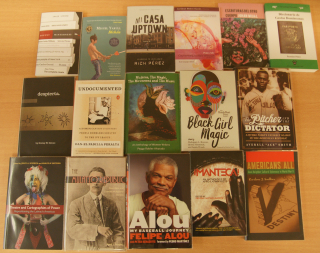 Click on the image to enlarge and get a closer look.

Here is a list of the books we acquired: